Memories of a Traditional Irish Christmas 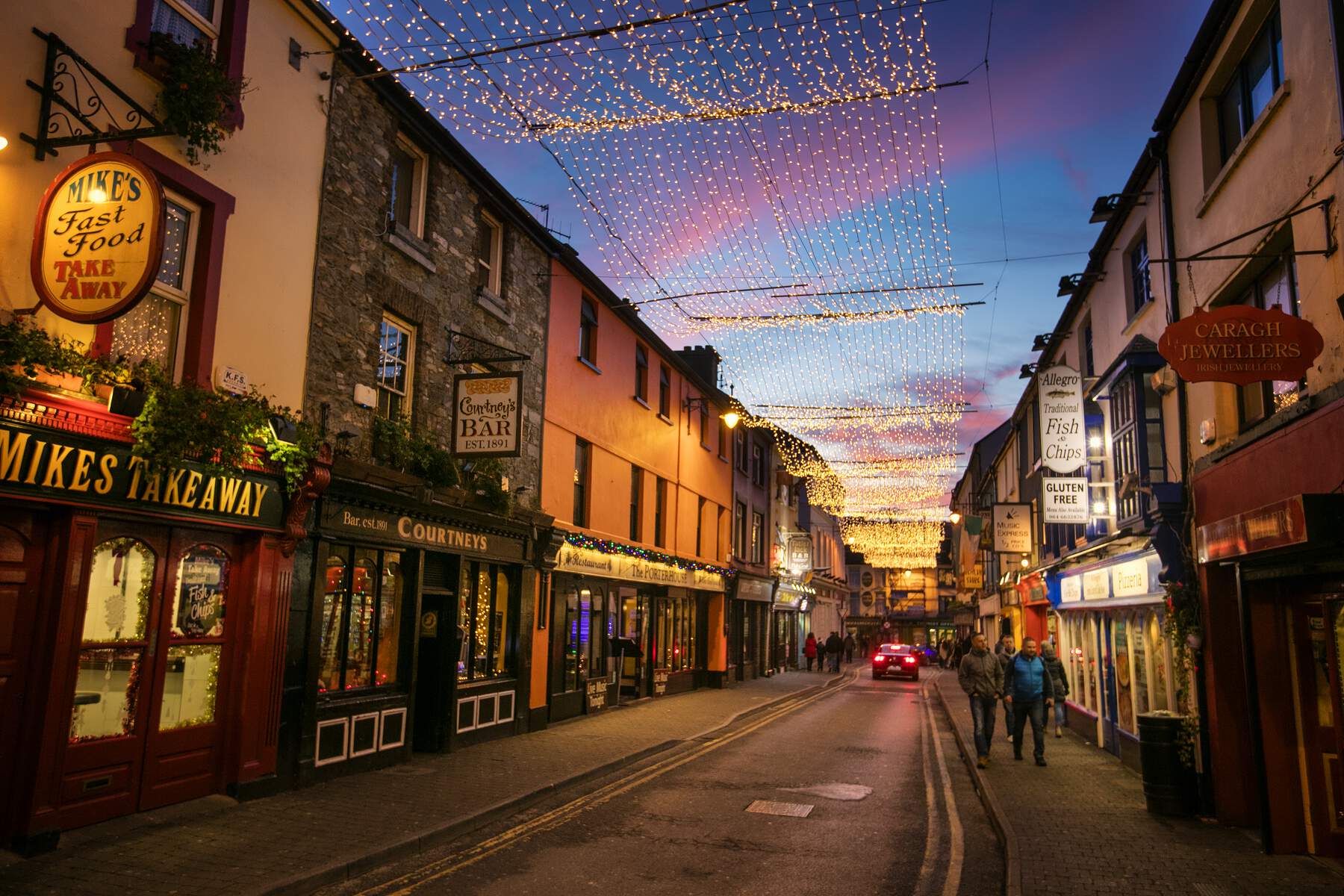 This is a shortened interview I recorded with Donegal neighbour, John Joe Molloy, in his own traditional country cottage. John Joe was born in 1946 and has lived all his life in his native townland of Rathneeney East, County Donegal. The following is his special memories of traditional Irish Christmases of yesteryear.

”All young people looked forward to Christmas when I was a boy. It was a special time of celebration, when you got things you wouldn’t get the rest of the year!

You were sure to get plenty of sweet bread, turkey, goose or chicken. You also got toys on Christmas Day. Some people got more that others depending on people’s circumstances. Nevertheless, it was enjoyed by each and every family member in their home. Berry holly was gathered for decorations. Very little decorations were bought when money was scarce. We didn’t have a Christmas tree when I was young. We didn’t get the electricity in our house until 1952. There were some homes in parts of the parish that had electricity by then and a Christmas tree with lights.

The Twelve Days of Christmas

Christmas celebrations started on Christmas Eve and continued on for the twelve days of Christmas. Older generations looked forward to Christmas even more than we did. Times were even harder when they were growing up, so they really looked forward to the twelve days of Christmas, eating goose and turkey and drinking poteen (Irish moonshine). In my younger days I remember people having a bottle of whiskey on the table for visitors and grown ups wishing to take a drink, could have one. There were always people coming and going to visit each others homes. People were more sociable the further back in time you go. They supported each other and lent and borrowed things to one another.

Christmas happened around the big open hearth fire. The goose and turkey was put into a big black iron pot and boiled over the hearth fire. A soup mixture of barley and the likes was put into the pot which made soup when the goose or turkey was boiled. Bacon or mince was fried on the iron pan. Some people liked to fry the goose or turkey on the iron pan for a while when it was boiled. Vegetables were also boiled in a pot over the fire; turnips, cabbage, carrots and parsnips. Every house had its own kitchen garden where they grew their own potatoes and vegetables. In later years, people started buying Stanley ranges for cooking and baking.

People also visited relations outside the parish over the Christmas celebrations but it depended a lot on the weather. There was very little motorised transport available in my youth such as cars or buses. A lot of people traveled on bicycles or simply walked, but if there was frost and snow on the ground, they might not be able to visit relations until after Christmas.”

The Irish Origins of Halloween